On February 20, 2009 at Queen's Park in Toronto, Markham was presented with the first Lieutenant Governor's Heritage Award for Community Leadership (2008). This award recognizes communities for exemplary leadership and a proven track record in heritage conservation and promotion. Markham won in the large municipality category (125,000 plus). For further information read the press release from the Ontario Heritage Trust.

Many members of Markham heritage groups and organizations attended Council on February 24, 2009, to be formally thanked for all their volunteer assistance which led to the community receiving this prestigious award. 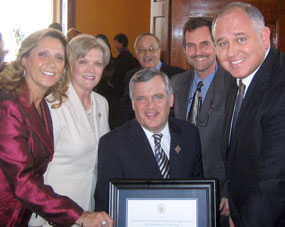 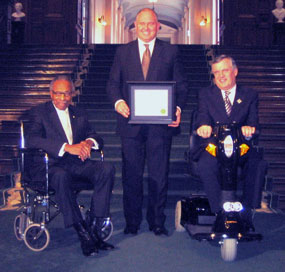