One of the oldest building in Thornhill — Markham.

The original two-room house on this spot is believed to have been built using adobe brick. Building with adobe (unfired brick) was fairly popular in York County in the early 1800s. Houses, churches and schools were built in this way. The resulting structure was a very simple homesteader's dwelling. 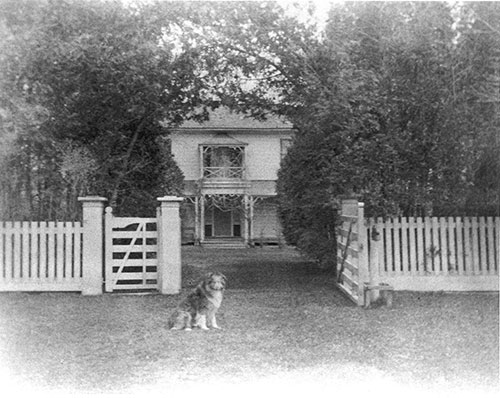 Anthony Hollingshead was born in New Jersey. Although a Quaker, he joined the Loyalist New Jersey 3rd Battalion and later a group of loyalist volunteers, to fight against the revolutionaries during the American Revolution. After the war, as a United Empire Loyalist and for his service to the Crown, his family was granted land, first in Nova Scotia then, in 1798, in Upper Canada (Ontario). In order to keep the grant of 190 acres, he had to clear the land of massive trees, build a house and clear the frontage of his land on the new road, Yonge Street. Anthony did this all by hand, horse and oxen. He built a two-room house and received full title to his land in 1802. He lived here on what began to be called Sunnyside Farm until 1817 when he sold it to George Crookshank. Some time later, likely after his marriage in 1821, he built a 13-room mansion in a Classical Revival style, with some Georgian features inspired, no doubt, by similar homes in Europe. 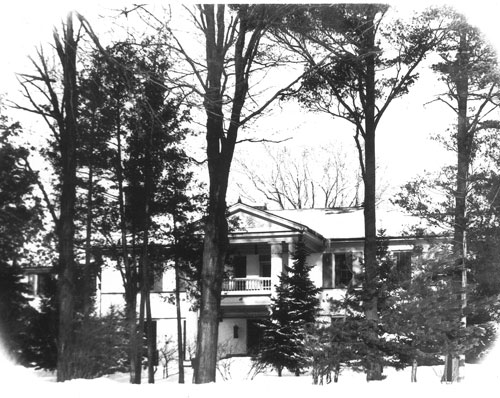 Over the years, the property passed through many hands before the final private owner, Charles Theodore Heintzman, purchased it in 1930. The Heintzman family is famous for their piano business. The Heintzman's added a conservatory, garage, and servants quarters. They continued to live in the house through to the 1950s until it was sold to real estate developers. Residents in the area opposed the real estate developer’s plans to demolish the house and, in 1966, the house was purchased by Town of Markham. In 1984, the newly named "Heintzman House" received designation as a heritage site under the Ontario Heritage Act.

In the more recent years, the Heintzman House is owned and operated by the City of Markham. The Heintzman House has been the backdrop to many weddings, parties, meetings, social events, and even film and television shoots. 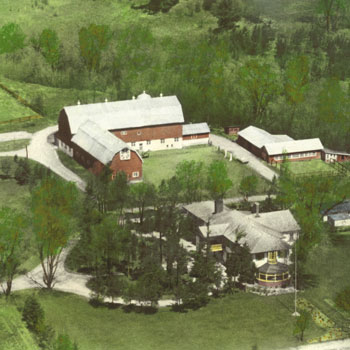