A legacy project of Canada’s Sesquicentennial in 2017 and symbolic of Markham’s motto “Leading While Remembering,” this bronze monument honours Benjamin Thorne (1794-1848), founding father of Thornhill. Thorne arrived in Upper Canada from Dorset, England in 1820. By 1830, he operated a gristmill, a sawmill, and a tannery in this settlement named Thorne’s Mills, then Thorne’s Hill. By the 1840’s he was the colony’s largest producer of flour – the two millstones signify this successful grain export business. Thorne held office, became a militia officer, established a post office, and donated land for an Anglican church. He laid the foundation for Thornhill to become the strong and vibrant community Thorne’s life and his significant contributions to the Thornhill community.

Les Drysdale graduated with an Honors B.F.A. at the University of Guelph in 1985, specializing in sculpture. Les has worked as a full-time artist and sculptor ever since. A resident of Dundas, he has received two consecutive Elizabeth Greenshields International Arts Grants. Public commissioned sculptures include the Toronto Police Headquarters, Joseph Brant Memorial Hospital, McMaster Teaching Hospital, St. Pauls Parish – Burlington, St. Peters School – Barrie, inside The Legislative Assembly of Ontario, Queens Park, The Augustus Jones Monument – Stoney Creek, The Toltec Warriors for the TTC ROM stop in Toronto, the Monument to Nikola Tesla in Victoria park, Niagara Falls, the Kitchener-Waterloo Police H.Q. and most recently the Dundas Driving Park, Dundas ON. His sculptures have been shown in galleries across the country and can be found in private collections in Europe, the US and Canada.

This piece is located at the entrance of the Thornhill Community Centre and Library. 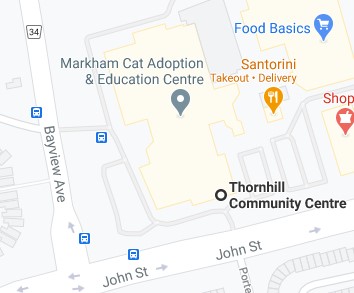 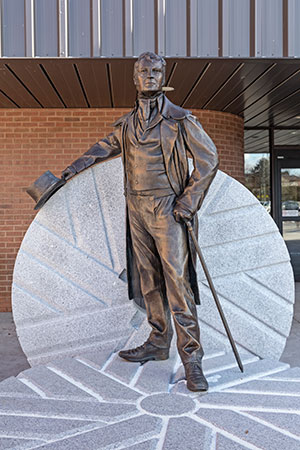 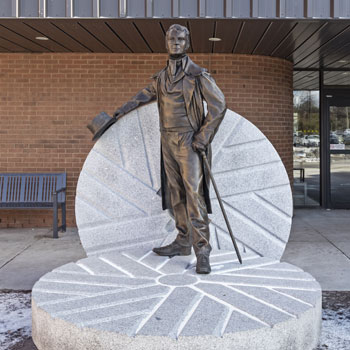