Mary Anne Barkhouse examines contemporary issues from an indigenous and ecological vantage point. She is interested in relations between plant, animal and human life and how these change over time. The ideas embodied in her animals become metaphors for both human and natural history, acknowledging our abilities as an adaptable species, with the capacity to create new progressive societies and opportunities.

Inspired by both imperial and natural forces that have shaped our land and culture, Quarry is a marker of both past and present. The form of the stone references a time during the Age of Enlightenment when French architects imposed order over nature. That order is disrupted by a piece of rock (an erratic) that formed the ancient geological core of North America. Dogs typically bred by European aristocracy of that time gather around a squirrel perched on the rock. A quiet tension exists between predator and prey, the force of nature and the form of culture. In contrasting the domestic and the wild, Quarry plays with notions of authority and survival from both cultural and evolutionary standpoints. 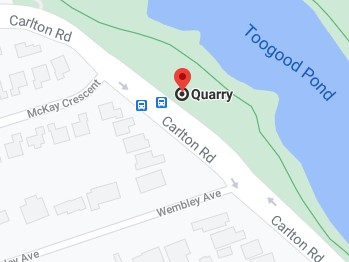 Mary Anne Barkhouse was born in Vancouver, BC and belongs to the Nimpkish band, Kwakiutl First Nation. She is a descendant of a long line of internationally recognized Northwest Coast artists that includes Ellen Neel, Mungo Martin and Charlie James. She graduated with Honours from the Ontario College of Art in Toronto and has exhibited widely across Canada and the United States.

Working with a variety of materials Barkhouse examines environmental concerns and Indigenous culture through the use of animal imagery. A member of the Royal Canadian Academy of Arts, Barkhouse’s work can be found in the collections of the National Gallery of Canada, Mendel Art Gallery, Mackenzie Art Gallery, Art Bank of the Canada Council for the Arts, UBC Museum of Anthropology, Macdonald Stewart Art Centre, Banff Centre for the Arts and the Department of Indian and Northern Affairs. In addition she has public art installations at The Canadian Museum of History (Gatineau, QC), Carleton University (Ottawa, ON), Thunder Bay Art Gallery, McMaster Museum of Art (Hamilton, ON), University of Western Ontario (London, ON), McMichael Canadian Art Collection (Kleinberg, ON), Robert McLaughlin Gallery (Oshawa, ON), Macdonald Stewart Art Centre (Guelph, ON) Haliburton Sculpture Forest (Haliburton, ON) and the Millennium Walkway in Peterborough, Ontario.

Barkhouse currently resides in the Haliburton Highlands of Ontario.

Other Public Art in Markham 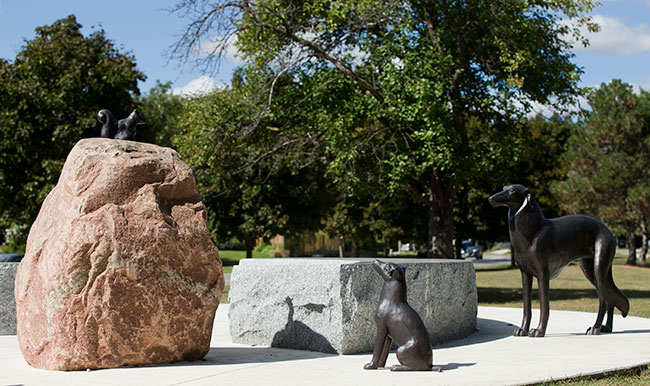