Xiaojing Yan - Out from amond the tranquil woods

Markham-based Xiaojing Yan journeyed far into the realms of meaning and imagination to bring Out from among the tranquil woods into the visible world. Along the way, Yan collected objects of wonder and beauty – lingzhi mushrooms, star anise, freshwater pearls and cicadae – which she has intricately woven into sculptural installations that are at once fantastical and familiar. In these new works, the artist invites the viewer to explore a space inhabited by contemporary beings and forms that are infused with references to centuries old Chinese mythology, folklore and symbolism. Much like the practices of traditional Chinese painters, Yan uses an economy of means to suggest mountainous landscape, clouds in the process of formation, or swarms of flying insects. Instead of brushing ink onto a flat surface, however, Yan extends her works fully into three-dimensional space, allowing the viewer to encounter them in a more intimate manner.

Through the work in Out from among the tranquil woods, Xiaojing Yan revisits her own identity as a first-generation Chinese-Canadian. Yan’s migration experience provides her with a unique perspective through which she integrates the long history of Chinese traditions and rituals into her contemporary, global understanding of the natural world. In so doing, Yan approaches a central theme of the exhibition – the gaps between the foundations of Western and Eastern ways of knowing. In much of Western philosophy, culture and nature exist as a duality, two different and segmented arenas of everyday life. In Chinese philosophy, however, the two are viewed as an inseparable continuum, they are one and the same. As such, Yan incorporates into her practice the idea that every living thing is imbued with a spirit – a vitality or ch’i that flows through all flora, fauna, animal and human beings. Her work thus provides a lens through which the viewer might uncover some of what is lost in translation between languages and ways of knowing. Yan offers an optimistic vision of the seemingly unbridgeable gaps between the East and the West, between the past and the present, between culture and nature, and ultimately between life and death.

Xiaojing Yan is a Chinese-Canadian artist working and living in Markham, ON. She received an MFA in Sculpture from Indiana University of Pennsylvania and a BFA from Nanjing Arts Institution, China. Yan has received numerous awards and grants, and her work has been exhibited in galleries and museums internationally. Suzhou Museum will present her first solo museum exhibition in China in January 2018. Yan’s work has been included in many collections, and she has created many public art projects. Recent projects include: Cloudscape in collection by Seneca College at Newnham Campus, Toronto; Moon Gate, a public sculpture, commissioned by Jinji Lake Art Museum, Suzhou, China; and Sound of the Rain, a public wall sculpture, was recently commissioned by Elora Centre for the Arts. The artist gratefully acknowledges the support of the Chalmers Arts Fellowships program administered by the Ontario Arts Council. 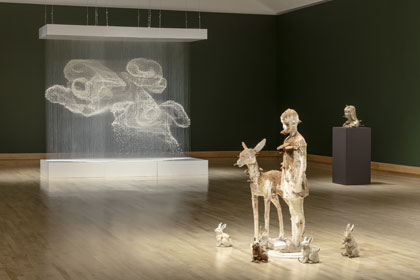 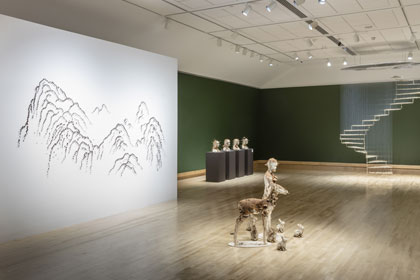 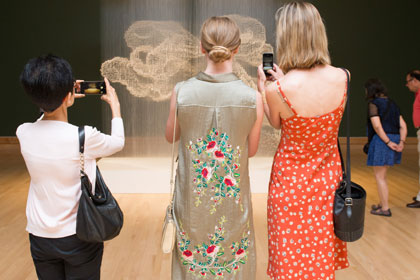